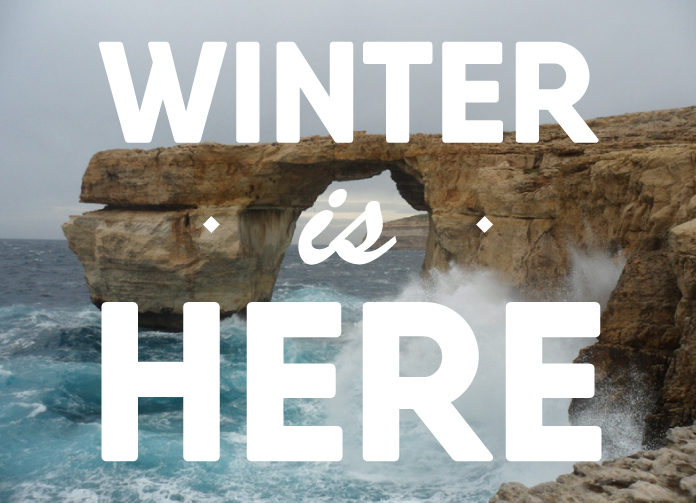 The weather has started to turn. In the morning, it drips, and in the evenings, lightning takes the place of summer fireworks. For anyone who’s weathered winters in Central Europe, North America, or god forbid, the Scandinavian countries, winter in Malta often feels more like a rainy autumn than a proper winter. After all, the temperatures never get unreasonably cold.

At least, not outside.

Inside is another matter, and this is the thing that makes Malta in winter almost unbearable. The island itself is not equipped for temperatures below 10 degrees centigrade. This goes for everything, up to and including the housing, which, for the most part, features uninsulated limestone or concrete. But even if the island isn’t quite winter-proof indoors, there are still some things you can do to make the season a little more comfortable.

The biggest enemy during winter? Winter damp. The preference for uninsulated concrete and limestone turns flats into tiled iceboxes. It also means that the buildings hold a lot of moisture throughout the season, no matter how long it’s been since it’s rained. So make sure that you’ve got a good, efficient heater or an air-conditioning system. You might also think about getting a dehumidifier or anti-moisture system such as DampRid. This will keep the air in your flat warm without burning through all your propane or running your electricity bills up.

It’s also a good idea to invest in an electric bed warmer or a hot water bottle, to ward the night chills away, along with any potential chest colds.

Tip #2: Pay Your Clothes Some Attention

Malta’s winter damp also makes laundry and clothes a hassle throughout the season. Oddly, few flats in Malta feature tumble dryers. But leaving clothes outside, even on a day that’s sunny, may not deliver the dry shirts or mold-free trousers you expected. Whatever you do, do not be tempted to leave your laundry outside overnight. Instead, dry your clothes inside, with the help of sunny windows and, if necessary, a fan or two.

Also be warned that dressing for winter in Malta can be notoriously tricky. The temperature inside flats and at night can get far chillier than the actual daytime temperature. Wearing layers and always making sure you’re prepared for sudden rain showers (think extra socks and an umbrella) can go a long way to keeping you dry and illness-free during the winter months.

But What do I DO on This Island, Now?

Annoying as the wet weather can be, sometimes a more pressing problem is the eternal question of what to do during winter. Malta is known for its beautiful beaches, excellent snorkeling and diving sites, and an impressive selection of sea-side clubs and bars. Of course, once summer ends, pretty much all of those options disappear, along with the warm water and the stifling heat.

Well, maybe the stifling heat isn’t the greatest thing either. But what to do when the island’s main entertainment venues close down?

The lack of stifling heat actually opens up at least one potential activity to occupy your weekends: trekking. With the cooler weather come a multitude of opportunities to explore parts of the island other than the beach. There are quite a few groups that organize these “nature” hikes. Treks don’t just cover Dingli Cliffs and Xemxija, but also set out in the south from Marsaskala and Lapsi. Some wander around the center through Mdina and Mosta, and a few groups even organize night hikes, or day trips to Gozo.

You can find these groups on Facebook. Or with a little research, organize your own trek with friends. A good place to start with is the Xemxija heritage trail, which includes a few ancient tombs and archaeological ruins, as well as a bit of Maltese woodland.

If walking through the Maltese farmlands doesn’t sound like quite your cup of tea, winter also tends to be a good time to get in touch with Malta’s more cultural side. Performances, exhibitions, and cinema events pick up throughout the winter season. There’s always something new to discover at the Manoel Theatre or the Spazju Kreattiv in Valletta. And of course, we all know you were just waiting for the right time to check out all of Malta’s museums and galleries. Now is the time! Get out of your icebox, and spend the weekend steeped in some art and history.

Tip #5: Party Through the Winter

Of course, just because most of the beach venues have closed doesn’t mean that the party has to end. Though the major party hotspots like Cafe del Mar, Zion, and Gianpula have already had their closing sessions, there’s no reason to think Paceville is the only option left (Related: Stay Safe in Malta, 5 Places and Activities to Avoid). Quite a few bars continue to hold events throughout the season, including the Electro Lobster Project and Funky Monkey in Sliema and St. Julian’s area, or Maori in Valletta. Once again, Facebook is your best bet for finding out what’s on during any particular weekend. Or check out What’s On Malta for events that may not be making the rounds on people’s walls.

Finally, probably my favorite thing to do in the winter is to continue enjoying the beach—by getting together with friends for a winter BBQ, even when the water’s too cold for a swim. Find someone with a charcoal grill and pile into a car headed for Selmun, Mistra, or Golden bay. There’s nothing quite so satisfying as eating a burger (veggie or otherwise) while enjoying the sea view from Fomm Ir-Rih’s pebble beach. Just be sure to bring blankets and make a plan in case of rain. And of course, it being winter, grilled marshmallows and mulled wine make awesome additions to any BBQ you might join this season.

Winter is always harsh, but winter in Malta is nowhere near as terrible as it could be. That said, if you just can’t stand the cold and damp, your best bet might be to find a way to leave the island for a bit—either to experience real winter in a place equipped for it, or to avoid the nuisance of winter all together. After all, Malta’s pretty great, but it’s still hard to compete with Bali, if you’ve got the money for the plane ticket. 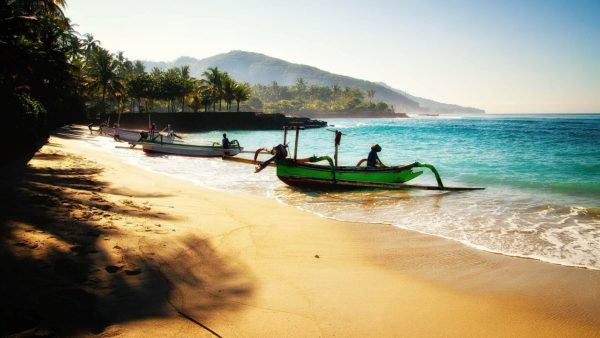 What’s your best tip for surviving the winter in Malta? We’d love to hear from you in the comments!

Are you Sick of Melita? Here’s a Look Into the Alternatives!