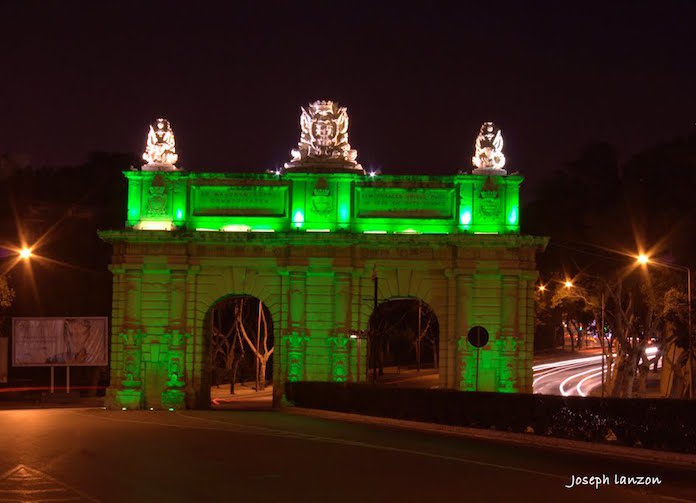 This is an event that could be super-cool … or a complete flop. One way to find out!

It’s a “multimedia art-piece” that is set up for two days, on the facade of the Grand Master’s Palace in Valletta.

“This multimedia art-piece by Ruben Zahra will be projected on the facade of this splendid palace, accompanied by a soundtrack with recorded texts from the 28 Member States of the European Union. The art-piece includes visuals and 3D mapping projections.
The concept behind this project is to create a large-scale architectural projection onto the facade of the Grand Master’s Palace, which will celebrate the 60th anniversary of the Treaty of Rome, signed on 25th March 1957. The artistic attributes of the projection will reflect a contemporary vision with an epic and commemorative character, while the recordings which form part of the soundtrack will portray testimonials by foreigners residing in Malta, as well as quotes from literary sources with reference to three of the 2017 Maltese EU Presidency themes: migration, maritime, and the Mediterranean.”
The reason, by the way, why the Grand Master’s Palace was chosen, is because this is the official venue for the 2017 Maltese Presidency of the Council of the European Union.

The event sure does sound very interesting to us, and we can’t wait to check it out. If done well (and we have no reason to believe it won’t be), it can be fantastic!

“Entrance” is of course free, as there’s technically no “entering” anywhere 🙂