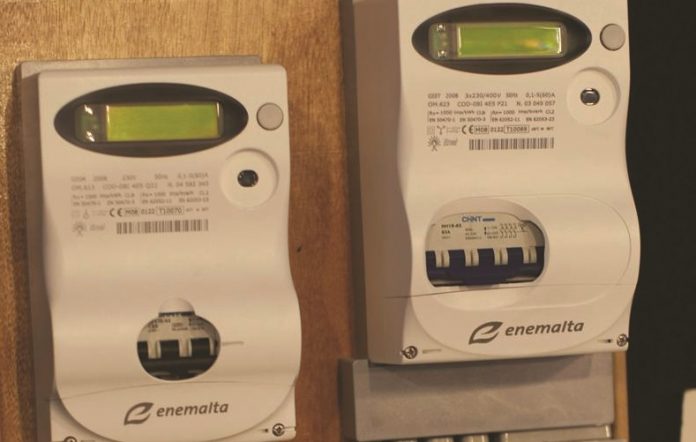 The infamous “foreigner rate” for utilities, as it’s often (incorrectly) called, is perhaps one of the major nuisances of those renting property in Malta.

And a nuisance it is – one that can cost you thousands of Euros every year, for no good reason. According to an estimate by the Times of Malta, some 5,000 expats in Malta are paying nearly double for their water and electricity than they should be.

To understand the issue and how to solve it, let’s first look at how and why it exists in the first place.

Generally speaking, there are three different electricity and water tariffs in Malta:

For now, let’s ignore the non-residential tariff, as that’s the one that applies for businesses, and look at the difference between the residential and domestic tariffs.

This is the “main” tariff and the cheapest of all three. It’s aimed for the majority of households. Specifically, houses and apartments that are the main home of its occupants.

This means that if you were to buy yourself a home and sign up for utilities, this is the tariff that you’d be paying. In an ideal world, at least.

The domestic tariff is significantly higher than the residential tariff and appears to be primarily aimed for secondary residences. The unfortunate reality, however, is that a very large number of expats are paying just this tariff.

To understand it better, if someone (your landlord) has more than one apartment or house, then unless they inform ARMS – the company that deals with utilities – that someone lives in their secondary apartment, the second one will be charged the more expensive rate.

And even informing ARMS isn’t enough if the person has more than two homes on their name, as the residential tariff can only be applied for two properties.

How and Why Tenants are Being Milked

“Thousands of expats and locals alike are left with the high tariffs and spending thousands of extra euros a year, many of them not even knowing it!”

It’s now (hopefully) clear where the problem comes from, but why does it exist in the first place?

Well, for a variety of reasons, actually:

As a result, thousands of expats and locals alike are left with the high tariffs and spending thousands of extra euros a year (literally!), with many of them not even knowing it!

And this applies to both locals and foreigners – with the only difference being that the latter are perhaps less informed and have less “pull” to sort things out.

But it Gets Even Worse

Whilst the domestic tariff is “only” about 30% higher than the residential tariff, in some cases it gets significantly worse.

In Malta, electricity and water tariffs also depend on the number of people declared to live in a household, with significant reductions in tariffs in case there’s more than 1 person residing in a house or an apartment.

This means that if you’re, for example, a family of four living in a property that falls under the domestic tariff, you can expect to pay 81.9% more than you would be if you were on the correct tariff with the correct benefits.

And with the utility bills of large families often being significant, this can easily amount to the price of a small car each year!

How to Fix It and Start Paying Less?

Luckily, there’s light at the end of the tunnel!

For years, the situation was fairly bleak, and many tenants were in a complete gridlock, as in order to change the tariff, one needed their landlord’s signature under the corresponding form – something that was often impossible to get in the case of dishonest, tax evading or simply lazy landlords. 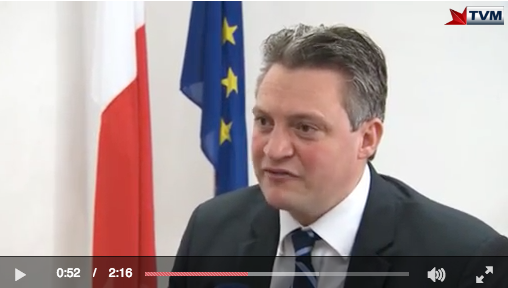 Things have slowly started to change, though, and a month ago, minister Konrad Mizzi assured in an interview to TVM that “… from now on, even if the landlord does not sign Form H, a tenant can go to ARMS, show them the [rental] contract and start benefitting from the residential tariff immediately.“

Unfortunately, we haven’t had a chance to test this out in practice yet, but the fact that there’s even been development in this regard is very promising, and great news to many who have so far been out of luck.

In short, if you’re currently on the domestic tariff, you should do the following:

If the Utility Bill is in your name then you’re in luck. Simply print out and fill the ARMS Form H, which you can download from here, take it with you to one of the Contact Centres of ARMS, and making sure you have your (Maltese) ID/eResidence card with you, file it then and there.

If the Utility Bill is in your landlord’s name then your best option is to ask your landlord to fill the ARMS Form F, which you can download from here, in order to change the utilities to your name, and then proceed with the above.

If you and your landlord agree not to change the account to your name then fill out the Form H as if the bill was on your name, have your landlord sign it and provide a copy of their ID card, and take it to ARMS. If your landlord refuses to sign it, then take the form to ARMS together with your rental contract.

Regardless of whether the bill is in your name or on your landlord’s, if you’re a EU citizen then you should ALSO fill the Form H1, which you can download from here, and claim a refund on the excessive fees that you’ve already paid. You should also do this if ARMS refuses your Form F (which, according to some, is still happening), as the Form H1 clearly states that “EU citizens may exceptionally apply for redress in cases where no prior application was made, provided that they submit appropriate evidence of their primary residence in Malta at the address which is linked to the account, at the time in question.” Again, you need to couple the form with your rental contract.

And hopefully, this should be it!

How to Check Which Tariff You’re On?

But how do you even know whether you’re overpaying or not?

Just look at your utility bill, and pay attention to where it says “No of residents” and “Consumer Scheme”. If the number of residents is wrong, or Consumer Scheme says something other than “Residential”, then it means you’re overpaying – simple as that.

There’s much more to all of this than you saw in this article – such as the whole scheme being likely against the EU regulations, a group of foreigners having taken ARMS to court in a class action lawsuit 6 years ago, and much more. Whilst it’s all incredibly interesting, I decided to keep the article as simple as straightforward as possible, so I apologise in advance for leaving out some details that could be of interest.

It’s extremely pitiful, though, that something like this is still happening, and in such capacity, but I’m hopeful that with enough information being spread around, the situation can change for the better.

The best thing you can do to do your bit, apart from making sure that you’re on the correct tariff yourself, is spread the word and make sure that as many people who are overpaying will stop doing it, as this is the ONLY way things will change once and for all.

What’s YOUR experience with electricity and water tariffs in Malta? Are you paying the Residential rate or are you overpaying? Let us know in comments below!

How to Open a Bank Account in Malta Without Losing Hair

Furnishing Your Home in Malta

Getting Social: Must-Join Facebook Groups for Expats in Malta