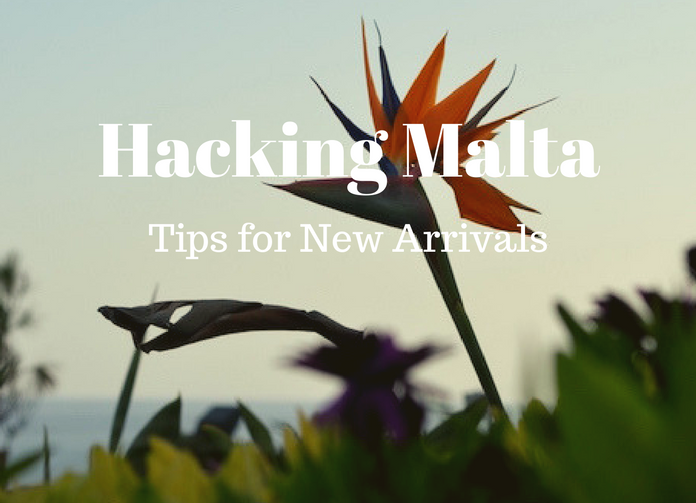 Malta as a country is generally very welcoming towards expats, so most of the people moving to Malta tend to find their way around quite easily.

But there are little quirks about every place under the sun, and Malta is no different. Here are 5 tips that I wish someone had told me when I first moved to Malta. It’s all easy-peasy stuff, but the little things can save you some time and help you maintain your hair count 🙂

Needing to hail for a bus isn’t something unique to Malta in particular, but those coming from bigger cities (like myself), may find the practice a little weird.

Generally speaking, one needs to hail for a bus for it to stop in every station, except for very large stops and terminuses.

With public transportation in Malta being how it is, knowing this should save you quite a bit of frustration, as there are few things more annoying than waiting for a bus for 20 minutes, seeing it arrive and ………… having it run straight past the bus stop. So remember this one!

I’ve written about white taxis before, and as much as I’d like to, there aren’t many good things to say about them.

But this isn’t the end of the world. Luckily, there are quite a few reputable taxi companies on the island that have a decent fleet with polite and (mostly) punctual drivers.

The two that I’ve used personally are eCabs, which is probably the biggest of them all, and Yellow Cabs, which also has a decent fleet. But there’s a lot more, so do your research!

Just remember – the only taxis that are legally allowed to pick up passengers from the street (e.g. without a pre-order) are the white taxis. All other companies require a phone call, but they can often send a car in as little as 5-15 minutes.

Unless you’re 15 years old and your goal is getting drunk out of your mind like there’s no tomorrow whilst listening to pop music and periodically throwing up on the pavement, there are many other (and subjectively, better) places in Malta for partying and clubbing than Paceville!

Quoting from an earlier write-up of mine: “Clubbing complexes like Gianpula [in the outskirts of Rabat], the newly opened Uno Village [in Ta’Qali] and the Aria complex [in San Gwann] all have lively parties, but lack much of the violence associated to Paceville, and tend to cater less to the underage and the ‘barely legal’ clientele, making the parties more enjoyable in general.”

If you’re anything like me, then your idea of finding a new flat or a house is something like this:

Sounds easy enough? Not in Malta!

One thing to understand about the property market in Malta is that unlike many other countries, estate agents don’t have exclusivity over houses.

Exclu-what? In simple terms, this means that the same house is almost always represented by a horde of different agents, all trying to ‘make the sale’.

As a result, we’re in a situation where the majority of listings that you see on broker’s websites (and even windows) are LONG expired and not available any longer. That’s for the simple reason that landlords never inform their (tens of) brokers once their flat has been rented out, so often those “ghost apartments” stay up on agencies’ sites for months, and sometimes even years after.

So don’t waste your energy going through listings that don’t exist. Instead, call up an estate agent or three, give them your requirements and budget, and have them do the work they get paid for, which is finding you some options that are actually available.

UPDATE (20/01/17): TRM just heard from someone who used to rent out his property that it’s often not the landlord’s fault that ‘ghost listings’ remain active. In his case, he informed his 2 agents several times that the property had already be rented out, but the agents failed to remove it from their sites over a year. So in many cases, it’s the agents (and the poor regulation over them) that is to blame, rather than landlords.

I know I sound like a broken record but – it really isn’t a joke. I don’t know of a single foreigner who has moved to Malta and hasn’t gotten badly burnt within their first 6 months on the island. Usually, though, it’s more like the first 6 hours 🙂

The sun is extremely strong here, and even if it doesn’t feel all that hot, it can do some serious damage and end up rendering you unable to sleep for several nights.

So get that bottle of sunscreen out and avoid turning into a lobster!

This is, of course, only the beginning. There are many other things for newcomers to know about this place, but the above should get you started nicely.

Got any tips of your own? Please shoot them through in the comments section below and I’ll look into adding the best ones into the article for others to see as well!