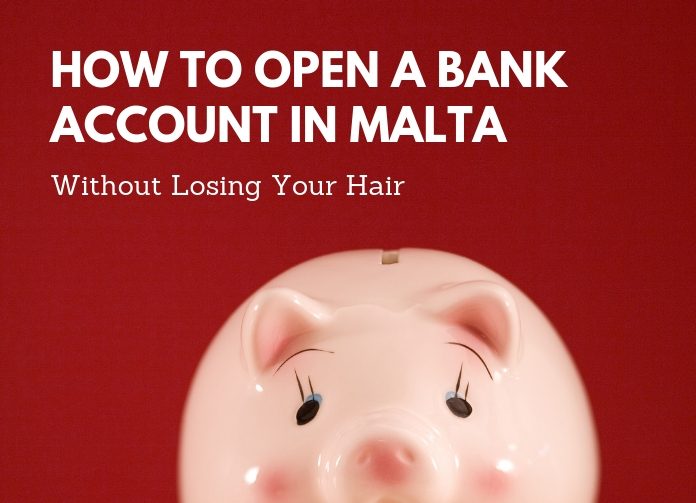 If you’re a foreigner in Malta, odds are that you’ve had several of your hairs turn grey as a result of dealing with banks. Be it to open an account, get a credit card (good luck with that!) or change your address.

As banking issues are one of the main complaints we hear from our readers, we’ve put together a quick guide to make the whole thing at least a little bit more bearable. There isn’t a whole lot we can do or recommend, but some things exist nevertheless.

But first, a quick disclaimer. This guide is only for foreigners in Malta. None of this applies to you if you’re a Maltese national. This is because the rules and standard practices that are applied to the Maltese are vastly different from those that are applied to foreign nationals – EU or otherwise.

With this out of the way, let’s get cracking.

Things to Do Before You Leave Your Country

There are a few things you can do to massively help your case even before you leave your home country.

Firstly, you should prepare the right documents.

When I say “the right documents”, I actually mean one document in particular:

A reference letter from your previous bank

This is SUPER important and often getting or not getting a bank account in Malta can be determined by whether you have a Bank Reference or not.

A bank reference is a simple, 1-page document that your bank issues, confirming that you have an account with them that’s in good standing and that they haven’t had any major issues with you.

Luckily, most banks issue these letters as part of their standard procedures and it often takes just one phone call or a branch visit to obtain it. But be sure to do it before you leave, as getting it issued remotely when you’re already in Malta can be an issue.

All the other documents that are usually required are much easier to obtain, and that list typically includes just your passport, some form of address proof and sometimes your work contract or proof of self-employment.

Hold on to your old accounts & cards

Many people who move to a different country tend to close their bank accounts and credit cards in their previous country. This is a terrible idea!

Especially when moving to a country like Malta, where opening even a basic bank account can take a long time and a lot of effort, you should never rush to close your existing bank accounts.

If your bank account doesn’t have a monthly or yearly fee or if it’s small, there’s often no reason to close your account altogether. And if you do pay a fee, many banks are happy to “downgrade” your account to a free one. But even if you have a good reason for wanting to close down your old accounts, at least wait until you have the new one open and fully functional.

Further to this, you may want to seriously consider holding on to any credit cards that you have and use (or think you’ll use). That’s because, well, these may be your only option.

Basically, in most countries, my credit score would be 100 out of 100. Yet, in Malta, even with a profile like mine, I don’t qualify for a credit card because I’m not a Maltese citizen.

An exception (and often, the only option) is what’s called Secured Credit Cards, which means that in order to get a credit card with a limit of, say, €3,000, you will need to place an amount equal to 1.5x as much in a “deposit account” where you can’t touch it.

If you’re like me and your first thought is along the lines of “What????” followed by something along the lines of “So I’ll be paid a decent interest rate for this deposit, right?!” then the answer is … you guessed it … no, you will not. In fact, you will be paid zero interest on it, and that’s regardless of whether you even use this “credit” or not.

So do yourself a favour and hold on to your existing credit cards like gold. That’s unless you never want to book hotels or rental cars or (in some cases) flights online, in which case, I guess it doesn’t really matter.

When You’re in Malta

So you’ve done your prep, have arrived in Malta and are ready to grab the bull by its horns. Great!

Here are 4 tips for you to use along the way.

You may have gathered by now that opening a bank account can be quite a time-consuming process.

Sure, you might get lucky (like I actually did) and, assuming you have all your documents in order, get your account opened in a matter of days.

But others aren’t that lucky and for them, the process can take weeks or even months.

To counter this, you should aim to start as early as possible. My suggestion – make it your first priority when you get to the island. Pick a bank (or three), schedule an appointment and ask what documents you need to prepare. Then, start working on it.

This way, you won’t find yourself in a situation where your employer wants to pay you salary but there’s nowhere to pay it into! Or you need to buy a flight ticket but all your money is in cash and you have no way of putting it into your foreign account.

Tip #2 – Talk to your employer

Speaking of employers, if you’re coming to Malta to get a job and if the company that you’ll be working for happens to be hiring foreigners often then chances are that they may have a relationship with one or more banks.

This is probably the best shortcut to getting an account open quickly and painlessly, as many such companies have a fast-track agreement with a bank, which means their new employees will be able to open an account with fewer documentation requirements as the person is “vouched for” by the company, so to speak.

This can be truly powerful. To give you an example, a few years ago a friend of mine who started working for a major iGaming company was able to open his bank account with Banif in 1 day and 1 visit to their branch (he went with company recommendation), while at roughly the same time another person I know spent a month going through mountains of paperwork with the same bank, only to be rejected at the end of it.

This is how big of a difference a simple recommendation can make.

BOV, HSBC, Banif, APS are all more or less the same when it comes to bureaucracy and all the other fun stuff.

You’ll probably be hearing some people saying “I’ve never had any issues with BOV but HSBC are horrible” and others saying the exact opposite. I’ve heard it all over the years.

So when I say “choose your bank wisely”, I won’t be advising you to choose HSBC over BOV or the other way around.

What I mean by this is that you should only open an account with a major bank. Even though a more unknown bank may be slightly easier to get an account with, you’d generally want to avoid that.

To illustrate, there was once a bank called Satabank that was known for just that – easy account opening. Then, October 2018 swung by and this happened: Expats in the gaming industry worst hit by Satabank shutdown.

Last but not least, you should know your rights when it comes to banking.

We don’t live in a cash-based economy any longer where having a bank account is optional. It’s very much not optional and, luckily, the powers that be at the EU know this.

Because of this, a few years ago, the EU released a directive that, in essence, guarantees everyone the right to have a basic bank account regardless of where they reside. Europa.eu says:

“The directive on payment accounts gives people in the EU the right to a basic payment account regardless of a person’s place of residence or financial situation. The directive also improves the transparency of bank account fees and makes it easier to switch banks.”

With this directive in force, assuming you’re an EU citizen, no longer can a bank in Malta or anywhere else in the EU show you the door with a smiling “thanks, but no thanks”.

There are Other Options

With the above tips and a bit of headache, most of you should be good to go.

But if you’re like me and it just feels wrong to pay fees to and trust your money with companies that seemingly do whatever they can to NOT do business with you, then keep in mind that there are also other options available.

This wasn’t the case as little as a few years ago, but in 2019, there are a lot of “challenger banks” out there, many of which with full European banking licenses and decent capital and backing.

And these (often mobile-only) banks are quickly becoming a very viable alternative to the often archaic “traditional banking” option, especially in countries that suffer more from bureaucracy.

Now many people will claim that the challenger banks are less trustworthy, often not sufficiently capitalised or too risk-seeking, which may or may not be true, but it can’t be ignored that banks like Revolut, N26 and many others have taken off so well that it’s very possible for their capitalisation to actually exceed that of smaller traditional banks very soon.

I’ve used both, along with Monzo and a few other services, and while I certainly wouldn’t hold all my savings with a challenger bank, neither would I hold it with BOV or Banif.

So assuming your employer pays you by bank transfer, not cheque, which most decent companies nowadays do, it makes no difference to them whether they wire you your salary into a Bank of Valletta or Revolut/Transferwise/Monzo account.

What are your experiences with banking in Malta? Let’s chat in comments below.

Furnishing Your Home in Malta

BRACE YOURSELVES: 6 Tips for Surviving Winter in Malta